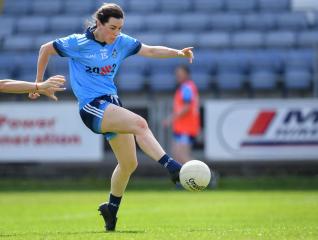 Mick Bohan has remained faithful to his starting 15 that began Dublin’s opening game in the All-Ireland series against Waterford on July 13th last. Good news also as both Sinead Aherne and Carla Rowe are listed amongst the Dublin replacements. Aherne picked up a shoulder injury early on in the Leinster final versus Westmeath and did not line out against Waterford while Rowe has not featured for Dublin since their NFL semi-final loss to Cork back in April.

Monaghan endured a tough day at the office last weekend as Waterford clocked up a 7-19 (40) to 1-10 (13) victory over the Farney County. Monaghan now need to defeat champions Dublin if they wish to avoid a championship relegation battle.

Having already being demoted to division 2 of the NFL for the 2020 season Monaghan will be determined to get their season back on track with a strong performance against Dublin but they can be under no illusion as to the level of the  task that lies ahead of them on Saturday.

The Farney County are without question a team in transition at the moment but they will be bolstered by the recent performance of their minor team who booked their place in the 2019 All-Ireland final with Cork on August 5th, in Birr following a brilliant display versus Meath in the semi-final. Monaghan last played in an All-Ireland minor final some twenty years ago on that occasion they defeated Mayo to lift the title for a second year in a row.

Key players for Monaghan will be the McAnespie sisters, Ciara, Aoife and Eimear while team captain, Cora Courtney is one of the Country’s top footballers who should she line out on Saturday will require some close attention.

Dublin LGFA will have LIVE score updates available on our Twitter page for those patrons unable to attend the match in Parnell Park.

Reminder to those heading to the game that you can pay at the stiles as there is no online ticket sales available for this fixture.  Admission Prices: Adults €10, Students/OAP’s €5, U16’s €2, U12’s FOC (Note: Parnell Park Passes do not apply as it is a non- Dublin GAA fixture).