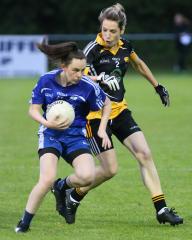 The two sides had met earlier in the year in the Cup competition with the Grangegorman side running out easy winners, but they found St Monica's a much tougher nut to crack yesterday evening.

The Edenmore outfit opened the scoring inside the first minute with a good move involving Robyn Whelan who fed a nice ball into Chloe Kelly who in turn offloaded the ball to Megan Colman to slot over the bar.

Three minutes later the sides were level when Sinead Morrissey swung over a free straight in front of the posts.

St Brendan's pushed up on the kick out and pinned Monica's inside their own half, the pressure told and the Dublin 7 side carved out the first goal chance of the game, but the Monica's defence stood strong and blocked the attempt.

The Monettes though were struggling to get the ball past their own 45 metre line with the Brendan's players forcing either rushed passes or turn overs.

In the seventh minute a Brendan's side-line ball inside the Monica's half was worked inside to the onrushing number 5 Andrea Curley who struck the ball sweetly over the black spot.

From the resultant restart Brendan's Sinead Morrissey won the ball, broke forward and put Julie Fox through on goal with a sublime pass and the corner forward made no mistake to register the game’s opening goal.

Monica's though responded to that setback with aplomb as they swept up field with a combination of good ball carrying and clever offloads to open up the Brendan's backline and just sixty seconds after conceding at one end they had the ball in the back of net at the other scored by Megan Colman who was quickest to react after an initial goal bound effort was parried by St Brendan's keeper Karen O'Connell.

The frantic pace of the game continued, another move the length of the pitch involving Monica's Chloe Kelly, Megan Colman and Lisa Pidgeon yielded a point scored by Aoife Dillon.

The Edenmore outfit had their tails up, but their momentum was temporarily halted when a foul on St Brendan's Julie Fox allowed Sinead Morrissey to slot over her second free of the game.

The blues won the resultant kick out and swept up field, a strong run from Captain Jessie Lynch opened up space for a pass into Lisa Pidgeon who picked out her Monica's teammate Megan Colman who was a danger throughout and she slotted the ball over the bar.

As the half headed into the 18th minute a clever pass into the corner from Christine Dilworth picked out Sinead Morrissey who turned back inside her marker to score her third point of the contest and Brendan's led by the bare minimum.

Monica's had their keeper Britney Maher to thank for keeping the scoreline the same as she pulled off two saves in the space of a minute to deny Julie Fox twice from adding to her earlier goal.

Further points before the break from Shauna Fitzpatrick and Christina Dilworth extended the St Brendan's lead. There was still time before the short whistle for both sides to carve out goals chances. St Monica's Megan Colman had her effort in the 27th minute saved and at the other end in injury time a combination of goalkeeper and defenders blocked a shot from Julie Fox.

At the break Monica's were unlucky to find themselves three adrift with the scoreline 1-06 to 1-03 in St Brendan's favour. The Monettes though were to rue a number of spurned goal chances in the first half, including one that came back of a post.

Monica's opened the second half scoring with a well struck free from Aoife Dillon after a foul on Naomi Leonard. St Brendan's responded with a free of their own from Sinead Morrissey.

The Edenmore outfit then had their best spell of the game. Megan Colman reduced the deficit to two with a fine point after good run and pass from Robyn Whelan. Aoife Dillon left the bare minimum between the sides with one of the points of game, she won the ball about 30m out and held her nerve under severe pressure to find enough space to get her shot away over her left shoulder for a stunning point.

Brendan's were penned in their own half and gave away a needless free which Aoife Dillon stroked over to draw the sides level. It could and probably should have got better for Monica's seconds later.

Alecia O'Donovan won the resultant kick out, took a couple of strides, looked up to see Dillon had broke free behind the Brendan's defence, but she slightly over hit the pass and the Brendan's keeper tipped it behind for a 45' which came to nothing.

That respite allowed St Brendan's to compose themselves and they finished out the game on the front foot thanks in no small measure to the running from deep of Julie O'Neill Andrea Curley and Shauna Fitzpatrick.

A good exchange of passes between Sinead Morrissey and Julie Fox seen the later score a fine point to give the Grangegorman side the lead again. That lead was doubled in the 44th minute with a point from Fitzpatrick.

There was an arm wrestle then between the sides as the play switched from one end to the other for the next ten minutes before Morrissey broke the scoring barren spell with a point to put three between the sides.

That lead was doubled with points from a Sinead Reilly free and two excellent efforts from open play scored by Julie Fox and substitute Michelle Dolan.

And as the game entered injury time St Brendan's made sure of the win when Christine Dilworth hit a rocket of a shot from about 25 metres out into the top right hand corner of the net. 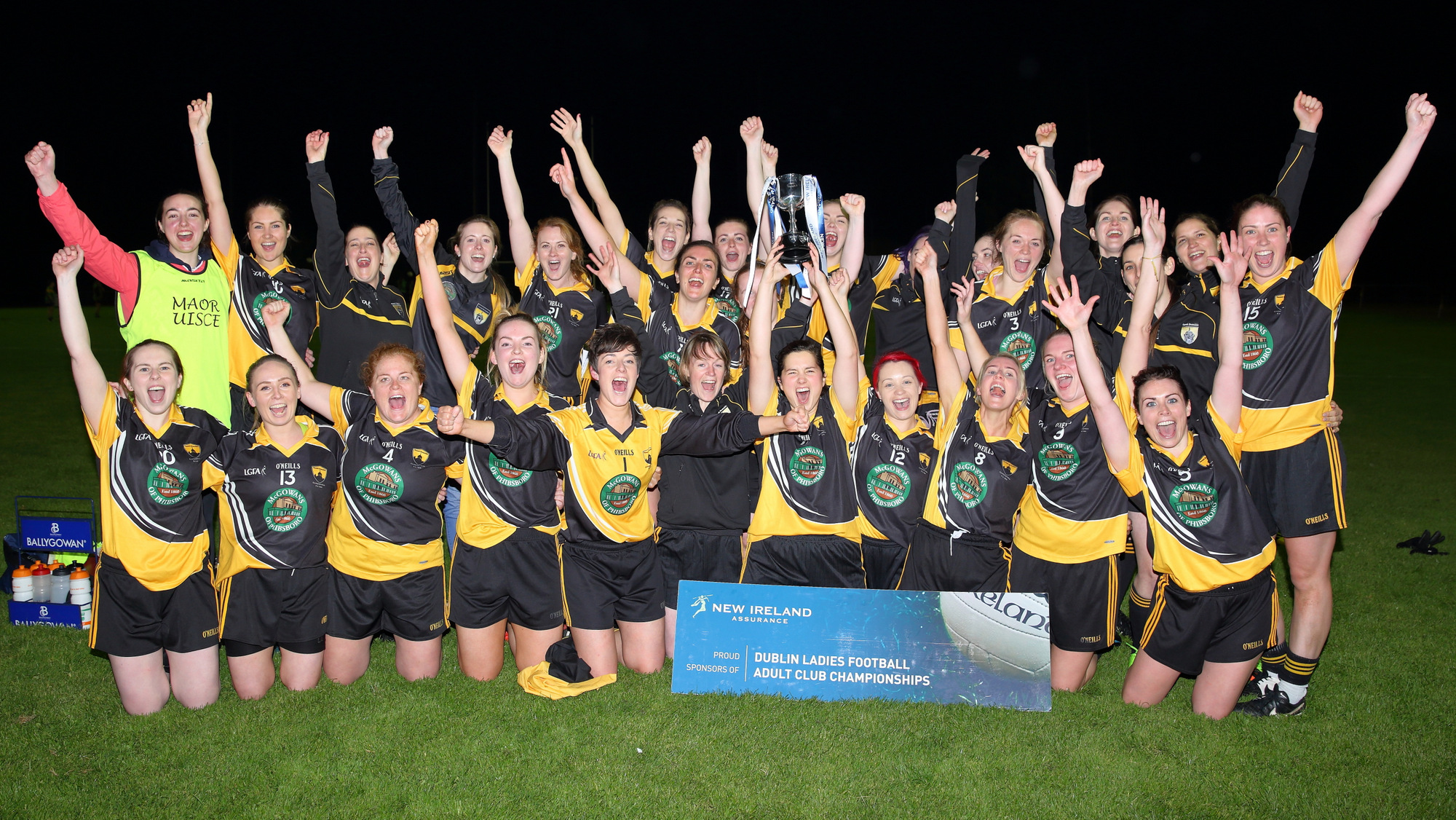