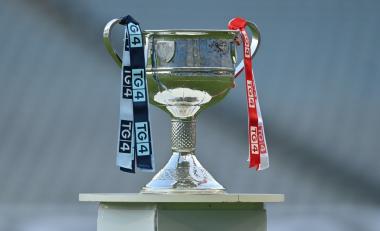 Dublin's fixtures for the 2022 TG4 championship are starting to become clearer as more rounds of the provincial championships get played.

Dublin’s pathway to the All Ireland final will be determined by the result of the Leinster decider versus Meath on May 28th next (2.30pm Croke Park).

The Leinster winner will be placed in Group A alongside Mayo, Tipperary and Cavan while the Leinster runner up will go into Group B with Monaghan and the winner of the Ulster final between Armagh and Donegal.

Should Dublin retain their provincial crown on May 28th they will play Cavan at home on June 11th, following by an away trip to Tipperary on June 19th and finishing up with a meeting with Mayo on June 25th.

If Meath defeat Dublin in the Leinster final then Dublin will be placed in Group B. Their opening game will be away to Monaghan on June 11th, followed by a meeting with either Armagh or Donegal on June 19th.