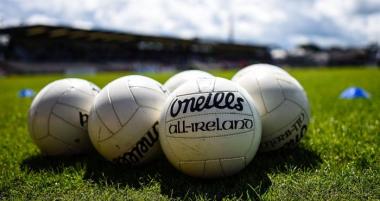 The Dublin annual convention of 2020 was held virtually last night. A comprehensive and detailed report on the years activities both at club and county level was issued to all affiliated clubs ahead of the on line meeting. Dublin LGFA members should contact their club Secretary directly for a copy of the report if not already communicated onto them.

2020 was a season like no other with club and County on field activity massively curtailed by the pandemic. Nevertheless Dublin LGFA continued to experience growth at grass roots levels with membership numbers up on that of 2019 a testament to the tremendous work taking place in all clubs throughout the capital.

A welcome statistic was the increase in player membership in the U13 to Minor age category which is often viewed by many as at the “drop out years”. This figure was up by 574 on the previous season which is encouraging to read. Did teenagers return to football or stay playing longer than usual with their clubs as a way of coping with Covid19? Maybe it was a mix of the two nonetheless this was a positive statistic to come out of the pandemic!

The key motion to come before convention was the 12 page list of proposals on alternative weeks but forward by the joint working group of representatives from Dublin LGFA and Dublin Camogie.

The proposals include alternate weeks for u13 and u14 for the 2021 leagues, followed by alternate weeks for u13, u14, u15 and u16 for the 2021 Championships. The proposals also include football only competitions during league and championship which will take place on Camogie weeks and which will be available to players who are not members of a camogie team.

The proposal was passed on a majority vote of 76 in favour with 12 against.

The joint working group (reappointed at both associations’ conventions) will continue its work during 2021 to prepare for 2021 championships by drafting playing rules, compiling a combined fixtures schedule and learning from the 2021 alternate week’s leagues, as well as contacting Leinster and national organisations in both codes. The members of the group have had player welfare at the centre of all their deliberations.

These proposals will come into effect without amendment by both DLGFA and Dublin Camogie. The expectation is that the regulations will be implemented as part of the playing rules for U13 and U14 leagues in each code and that both codes will continue to coordinate their playing rules for U13 – U16 alternate week’s championships in 2021.

The full list of motions and recommendations voted upon at last night annual convention will be circulated to all club Secretaries ahead of the next County Board meeting.

Chairperson Joe Keane, thanked clubs most sincerely for the massive contribution they had made to their communities throughout the Covid19 crisis and for the work they continue to carry out in the development and promotion of Gaelic games in Dublin.

“The year 2020 provided us all with massive challenges both on and off the field of play and we can look forward with optimism to returning to normal times in 2021 and hopefully the resumption of both club and underage Inter County activity. We look forward to the All- Ireland final on December 20th next when Dublin take on Cork in Croke Park in what will be the Dub’s 7th senior final in a row.  Huge credit must go out to all the players and their management team on this achievement and we wish each and every one of them the very best of luck” – Joe Keane.