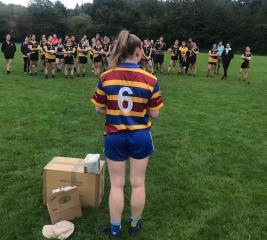 The Junior B championship final between St Brendans and Scoil Ui Chonaill produced a very exciting game at Longmeadows, with the result in doubt until the final whistle.

St Brendans have been steadily moving up the championship grades and were winners of last year`s Junior C final. For Scoil, this was their first appearance in a championship final.

The confidence gained by St Brendans from that win was apparent in the early stages. Some fine interplay from forwards, Faye Kearney and Aisling Newton resulted in well taken points to give them a 0-5 to 0-2 lead.

The St Brendans forward line was much more clinical than their Scoil counterparts, who squandered a number of scoring opportunities. It took Dublin panellist, Hannah Leahy, playing at centre back to surge into the attack and score a splendid individual goal.

St Brendans suffered another setback shortly afterwards, when one of their defenders was sent to the sin bin for 10 minutes. The numerical disadvantage did not deter them and with Roisin Mc Donald lording it at midfield they established a 6 point lead.

Two converted free from Scoil`s Sinead de Burca reduced the deficit to 1-8 to 1-4 at half time.

The game was set for an intriguing second half with the strength and experience of St Brendans pitted against the speed and fitness of a youthful Scoil Ui Chonaill side.

The prospect of a close finish was confirmed when Scoil scored the first 4 points to level. Both sides traded points to leave the scores 1-10 each heading into the final water break.

At that stage, it was clear that the speed of the Scoil players was taking a toll on the St Brendans players. Nevertheless, they fought valiantly to stay in the game with extra time looking a distinct possibility.

However, in the 60th minute an excellent point from Scoil’s Sophie Gibney put them in the lead for the first time in the game.

From the resulting kickout, Anna Power sealed the victory with another fine point. Cue wild celebrations and relief from the Scoil players.

The cup presentation was made by DLGFA chairman Joe Keane who praised both teams for the standard of play and their excellent sportsmanship. The player of the game was awarded to Scoil`s Molly Power for her outstanding all round display. 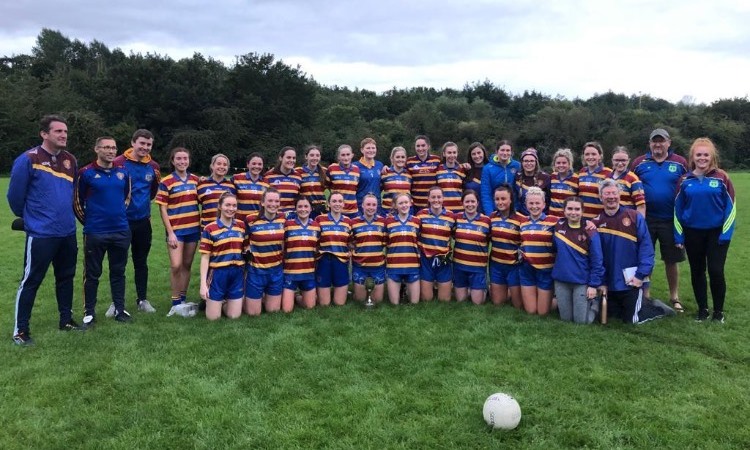 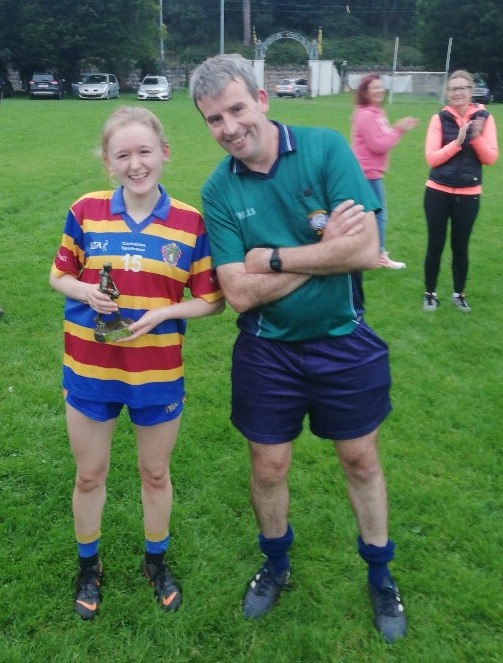