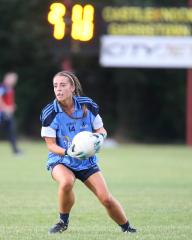 Update Adult Championship / Shield Finals
Four finals will be available to view via LIVE Stream on the following clubs Facebook pages, St Brendans, Naomh Mearnog, St Sylvesters and Trinity Gaels.
Well done to all four clubs and their respective PRO’s who have worked behind the scenes to provide coverage of these finals.

As we are all aware our games continue to be played behind closed doors in line with current government regulations.

Fixtures get underway at 6:30pm