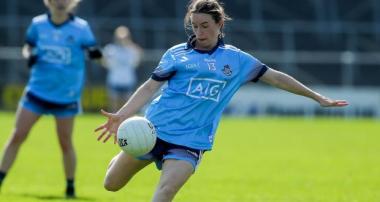 LIDL NATIONAL FOOTBALL LEAGUE DIVISION 1Waterford 0-13Dublin 4-5ByTomás McCarthy At Fraher FieldAll-Ireland champions Dublin stormed back from seven points down to deny Waterford on an afternoon of sunshine and showers in Dungarvan as Mick Bohan’s side picked up an important three points in their Lidl NFL Division 1 campaign.Siobhan Woods, Noelle Healy, Carla Rowe and Sinead Aherne all raised green flags for the Sky Blues, who moved four points clear of the relegation spot afte.. 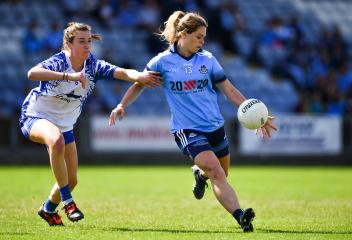 LIDL NFL Div 1 Rd 5Sunday March 8th, 2pmDublin v WaterfordVenue: Fraher Field Dublin will be hoping to bounce back from their 4th round defeat to Galway with a win on the road versus Waterford this coming Sunday. In total they are three changes to the Dubs starting 15 for Sunday’s clash with the Déise from that which lost to Galway.Making a welcome return to the side is former player of the year Noelle Healy who is named to start on the half forward line alongside Carla Rowe an.. 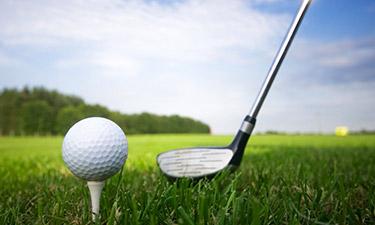 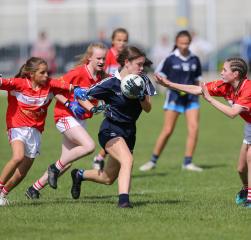 Leinster U14 Championship:The rearranged stage 1 of the U14 championship due to take place this Saturday 29th of February has been postponed owing to the ongoing poor weather which has resulted in the Kinnegad GAA club pitches being declared unplayable. Dublin are pooled in group B alongside Meath, Westmeath, Laois, Wicklow and Wexford. This is the second time teams in Group B have had their fixtures postponed due to the weather. Leinster Council are set to issue an information up.. 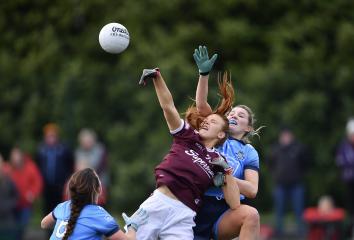 LIDL NFL DIVISION 1 Galway 4-6 Dublin 2-6By Daire WalshGalway boosted their Lidl National Football League Division 1 prospects with a convincing win against Dublin at the DCU Sportsgrounds.With the Leonard cousins – Roisin and Tracey – recording a combined tally of 3-3, Tim Rabbitt’s charges were worthy victors in this round four clash. Carla Rowe once again led the way for Dublin with a 1-4 tally as Mick Bohan’s side succumbed to a second defeat on the bounce.This g.. 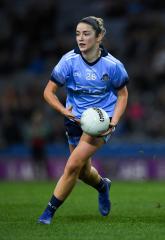 LIDL NFL Div 1 Rd 4Sunday February 23rdDublin v GalwayDublin boss Mick Bohan, has made 2 changes to the Dublin starting 15 for this Sunday’s NFL meeting with Galway in what will be a repeat of the 2019 All Ireland final. Team selection at the moment for the Dublin management must be quite challenging as the Dubs injury list continues to lengthen.New additions to the injury list are Lauren Magee (shoulder), Oonagh Whyte (concussion) and Kate Sullivan (leg) all three players picked up knocks.. 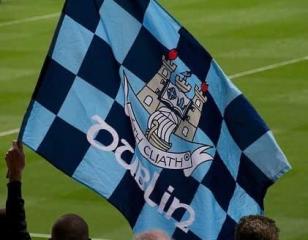 ***VENUE UPDATE***LIDL NFL Div 1 game this Sunday between Dublin & Galway has moved venues switching from Parnell Park to the 3G pitch in DCU with a slightly earlier throw in time of 1pm.This timely decision has been made due to the recent and continuing inclement weather to ensure the fixture goes ahead.There was concern that the pitch in Parnell Park might not withstand two Inter County games in less than 24 hours. #COYGIB #UpTheDubs #BlueArmy 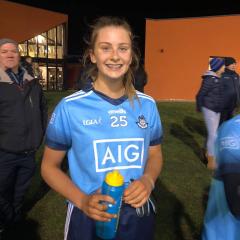 Leinster MFC Rd 1 FT Dublin 2-11 Meath 2-10 A Niamh Cummins’ point deep into injury time secured victory for Dublin this evening over old foes Meath in the opening round of the Leinster minor championship. The game was an entertaining contest which ebbed and flowed for the entire 60+ minutes with the lead exchanging hands a number of times throughout the game. Early on, Meath looked impressive and raced into an 2 point lead. Emma Duggan was showing well for the Royals, .. 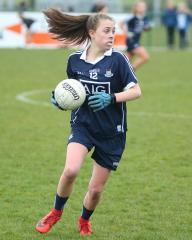 Leinster Minor ChampionshipFriday 14th February, 7:30pmDublin v MeathVenue: Dunganny Co Meath Dublin manager, Anthony Cooke has announced his starting 15 for this Friday night’s opening fixture of the Leinster minor championship. Dublin will be hoping for a stellar performance away from home versus a Meath side that are being tipped to go far in this competition by many within the LGFA.Meath are reining Leinster champions at this level having finally broken Dublin’s 8 year stran.. 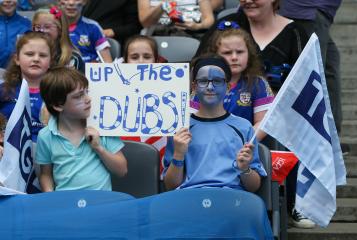 LEINSTER MINOR CHAMPIONSHIP 2020Our Minor team get their 2020 Leinster championship campaign underway this Friday night February 14th with a 1st round meeting with Meath.The action gets underway at 7.30pm in Dunganny (Meath GAA Centre of Excellence) note new venue.